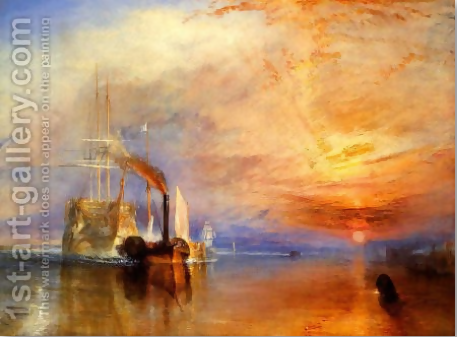 We’ve seen a lot of different muses for art over the years. Portraits of monarchs, snapshots of history, and even abstract pieces with greater hidden meanings. Among these different subjects, we’ve seen many beautiful landscapes on canvas as well. Even when they don’t have a human element in the painting, these are just as good at expressing feeling and emotion as someone staring straight out of the canvas at you.

There are plenty of beautiful landscape paintings out there and you can even buy original paintings online to enjoy them up close. For now, let’s take a look at some of the best landscapes from some of the most well-known artists around the world. 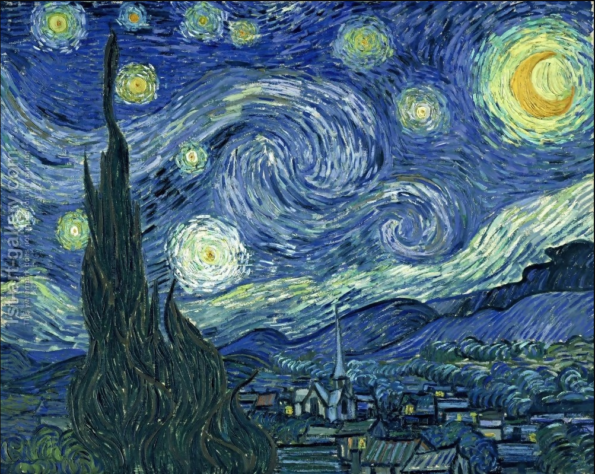 The Van Gogh Starry Night piece is one of the most well-known and famous paintings of all time much less one famous landscapes. The artist painted this masterpiece during his stay at the Saint-Paul-de-Mausole asylum.

Van Gogh suffered from mental illness for most of his life and eventually took his life. He admitted himself into the asylum and spent most of his time there creating art. The landscape depicted in this painting was the view that Van Gogh had from the window of his room in the asylum.

Much like the rest of Van Gogh’s repertoire, this painting didn’t get much attention during his lifetime. It wasn’t until much later that this and other pieces by the artist recieved recognition and gained the label of a masterpiece that we associate with them today.

There are plenty of paintings out there that demonstrate the impression Claude Monet made on Impressionism. One of his most famous landscape paintings, though, was actually completed a decade after Starry Night. This landscape was called The Bridge Over the Water Lily Pond completed in 1899.

The subject of the painting was actually Monet’s own pond. He purchased a lot of land to create something beautiful and express his own passion for horticulture. In fact, many of the water lily pond paintings that come from Monet are different perspectives of this very pond. In the summer of 1899, he completed 12 paintings of the pond including The Bridge Over the Water Lily Pond. 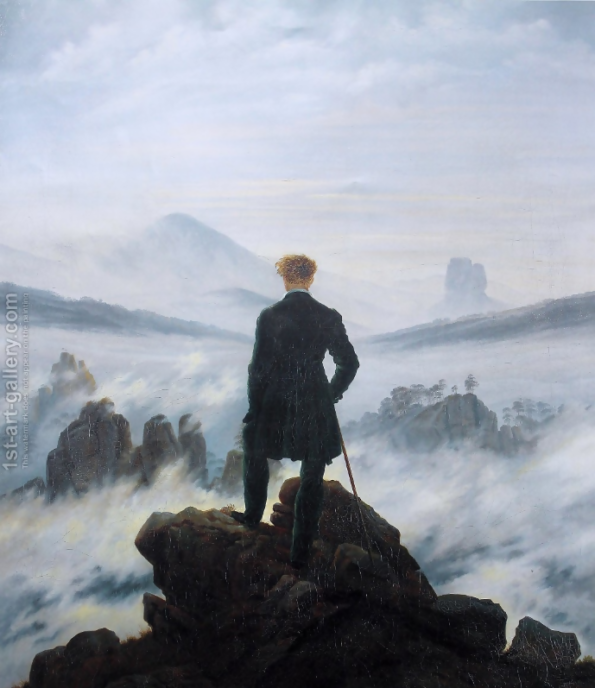 Wanderer Above the Sea of Fog was painted in 1818 by painter Caspar David Friedrich. Today, it’s considered one of the best masterpieces from the Romantic era and also goes by the names Wanderer Above the Mist and Mountaineer In a Misty Landscape.

The painting depicts a man with his back to the viewer standing on a high peak, overlooking a sea of fog. You can also see the tops of other peaks showing above the mist.

There are a lot of theories behind this painting. Some claim that it’s a self-portrait of sorts of Friedrich himself. Others try to infer the meaning behind the image. A popular takeaway is that it reflects the Romantic ideals of the relationship between man and nature. 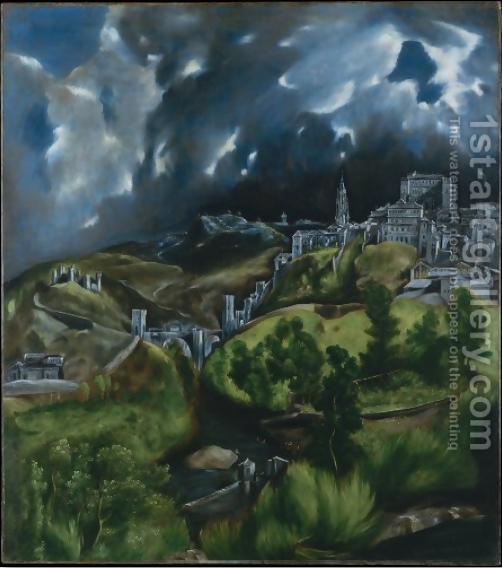 View of Toledo was painted by El Greco. “El Greco” simply means “The Greek” but the artist’s real name was Doménikos Theotokópoulos. El Greco was his more widely known nickname he earned simply by being a successful Greek painter living in Spain during the Spanish Renaissance in the 15th and 16th centuries.

This painting has earned some high honors. For one, it’s considered the first Spanish landscape of the period.

When it comes to realism, El Greco took some liberties with the actual layout of the landscape he was painting. What really catches readers’ eyes, though, is the color scheme of the painting. The land is painted with vibrant greens. This is juxtaposed against a dark and stormy sky.

The HMS Temeraire was the subject of this painting by J.M.W. Turner. It was a second-rate warship in the Royal Navy and it was most well-known for its brave performance in the Battle of Trafalgar in 1805.

The painting didn’t show the ship in battle but rather near the end of its lifespan, being pulled along by a tugboat to be broken down for parts. This piece of art is often cited as a reference to the mortality of the ship’s heroism. The interpretation also references the symbolism of the setting sun.

Painting a landscape can give us a unique view of how an artist sees the world around them. Not only does it capture a set space in a moment of time but lets us see that space through the eyes of another person. These five paintings only scratch the surface of all the beautiful landscape art out there. Don’t be afraid to explore this art form further!