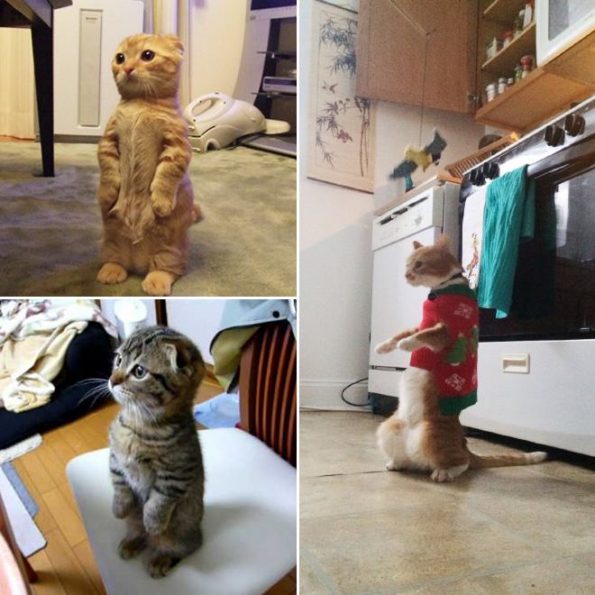 Cats standing like humans is bringing me a lot of joy rn. Maybe it will bring you lots of joy too? Gosh, I hope so. [Pleated-Jeans]

This Pomeranian Husky mix is basically a fox dog and I want one no wait actually I want an entire litter of them. [Buzzfeed]

To celebrate its 50th anniversary, they made Star Trek Barbie dolls. [The Verge]

So! Apparently, fish can actually recognize human faces. Anyone all of a sudden feeling really terrible about flushing them down the toilet or is that just me? [Gizmodo]

Whoa. This man lived for 17 months with an external artificial heart he carried around in a backpack. AN ARTIFICIAL HEART. IN A BACKPACK. Let that sink in. [CNET]

Meet Pepper, the first robot made to be able to read human emotions.  [Wired]

The creepy girls from both The Ring and The Grudge throw the first pitch at a baseball game…? [Geekologie]

And since we’re clearly on a weird roll, here’s “Steve Harvey Doesn’t Want To Host Family Feud Anymore.” It is pretty special. [Youtube]