Man's Back Tattoo Shows His Travels 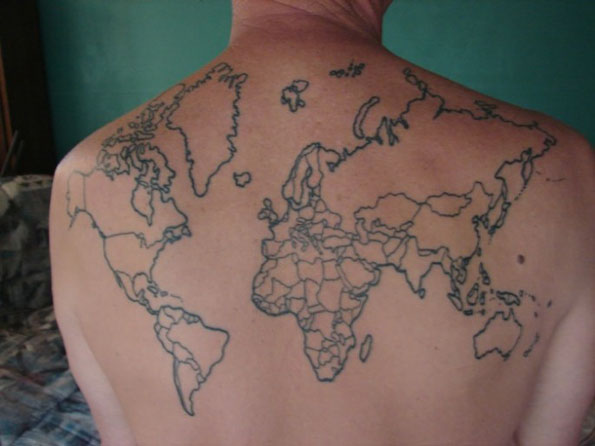 Back in 2010 backpacker and world traveler Bill Passman was inspired to get a tattoo of the world. Ever since he’s been coloring in each country as he went along. He was inspired by another traveler who had a similar tattoo, except the countries she visited were designated by a dot. Which wouldn’t work for me personally. It’d be too confusing with all the weird moles on my back. Yeah, I know, I should get those checked out. Now the coloring book style, I can get down on. But what if you scribble outside of the lines? Well, in this case, they’re there forever. Tattoos are permanent, folks! Stay inside the lines or else someone’s gonna think you also went to Bulgaria or whatever.