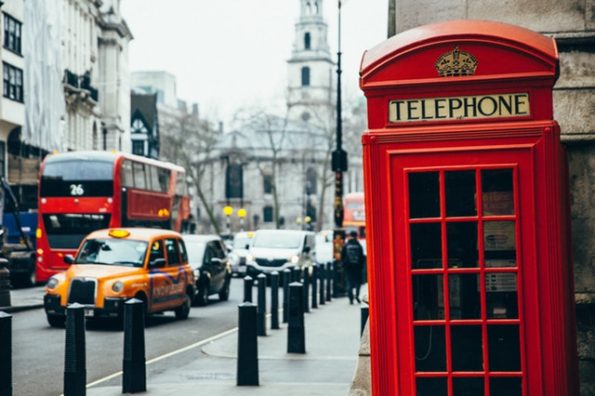 Are you planning a trip to London soon? With so much to see and do, getting around this vast city may feel overwhelming to newbies. If you’re not keen on the idea of going underground, fear not. There’s more to London’s public transport system than just the tube and you’ll soon find yourself navigating around London’s zones like a pro. As a side note – London is divided into nine fare zones, with the number increasing the further out of London you get. Realistically, as a tourist, you won’t head out any further than zone 3, unless you’re heading out to zone 6 for Heathrow airport.

Ah, the famous red London bus! With over one billion users every year, the buses in London are frequent and mostly reliable. You can pretty much get anywhere in London via bus and it’s a cost-effective method of getting around the city with a set fare of £1.50 for any journey using an Oyster card. Riding a bus doesn’t need to be complicated, it’s a simple case of hopping on and using the contactless system to tap your card (either contactless or Oyster).

If you’re looking for convenience, then your best bet is to rent a car in London. Driving around London doesn’t have to be stressful, a little research into parking spots and the rules of the road will enable you to drive around with ease. Just be aware of any potential congestion charges.

Sail down the river

A more novel way to get around London is via one of the various river boats that are available. Cruise down the River Thames in style! This service is provided by Thames Clippers as part of TFL (Transport for London) and they offer four different routes starting from the west and ending in the east – as far as Woolwich. As with most transport services in London, payment is simply a case of tapping your card but there is also the option to pre-book tickets should you prefer.

We know it’s a bit of out of the box, but you could consider…walking! London is actually surprisingly walkable, well, for the most part. If you’re happy to walk for up to 45 minutes at a time you can easily see most of central London by foot. It’s also one of the best ways to truly get a taste for the city. You’ll see far more above ground on a stroll than you would crammed on the Piccadilly line and pushed up against a stranger’s armpit.

For a true London experience, riding in a black cab is a must-do. Whilst it might be a little pricey to catch a cab for every trip, it’s worth it for the journeys that are a little too far to walk, or after a theatre show at night. London cab drivers seriously know their stuff, and you can be safe in the knowledge that they are all regulated by TfL. Do bear in mind that you cannot use your Oyster card in taxis, contactless debit and credit cards are accepted though.

Cycle around the city

An eco-friendly and healthier option, is to see the city and get from A to B via bike. Cycle points can be found dotted around the city with many roads featuring cycle lanes too. If you decide to hire a bike, access to the system costs £2, it’s then free for every ride under half an hour. In theory, you could ride the city all day for £2 so long as you check in each bike after 30 minutes.

Use the above ways to travel between destinations and you’ll also see parts of London you would have missed had you been underground.