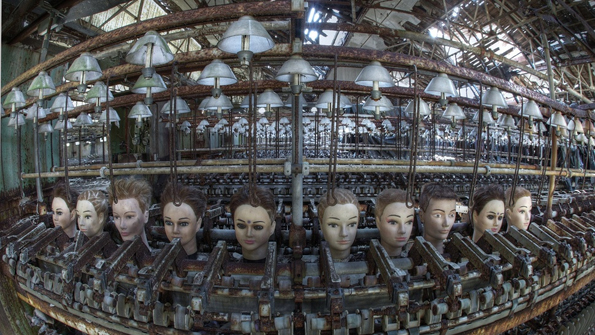 Vincze Miklós over at io9 dug up a bunch of creepy-ass pictures of abandoned toy factories and shops. THANKS FOR THE NIGHTMARES, BRO! Jk, it was super interesting and by interesting I mean from now on I will be sleeping with the lights on. The pictures come from all over the world: Illinois, New England, Spain, Arizona, the list goes on. Which just goes to show that dolls are universally freaky as hell. I know you’re probably thinking “No, this only proves that internationally,” but c’mon, use your brain! Alien dolls are totally haunted too. In fact, they’re even worse. Not only do they want to possess your soul, they want to probe your butt too!