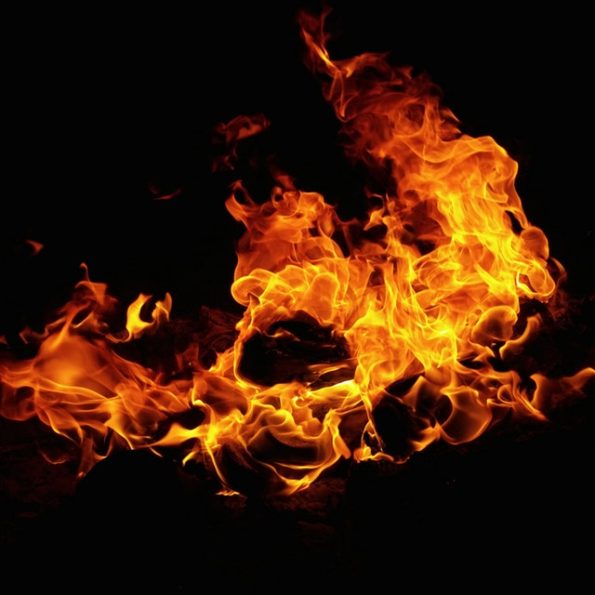 Many people consider these two terms to be interchangeable and although they do have some points in common, they are not quite the same thing. It’s important to understand the difference between the two because if you were asked to purchase material that is flame retardant or fire-resistant, you would want to be sure and make the right purchase.

It is especially important for people who are involved with industries where flames and fires are a normal part of your daily experience at work. The last thing you’ll want is to be burned at work and go through a long, probably painful, recovery process. Once you’ve been burned, treating that burn takes quite a while and it’s a tedious process trying to keep the burned skin clean so that complications don’t set in. Below the two terms are discussed in detail and after you’ve read through the descriptions, you should have a fair understanding of how fire retardant and resistant are similar and how they are different.

What Does Fire Retardant Mean?

What is fire retardant? Fire retardant materials can be composed of just about any kind of material. There isn’t really anything about the material itself that makes it fire retardant – it’s all in the substance that is applied to an object. For instance, if you sprayed your shirt and pants with a fire retardant spray, your clothes would become fire retardant thanks to the spray, which has coated them.

It’s more common to spray objects like furniture or plastics to impede the progress of a fire and help to stop it from spreading. So spraying any object with a fire retardant actually accomplishes two things – it initially provides some level of protection for the object itself and it then slows down the spread of fire to other objects.

There are a number of fairly well-known fire retardant products on the market, which have proven successful in slowing down the advance of any fire through a home or other confined area. Some of these are BanFire Spray-on Fire Retardant, TriNova Fabric Protector Spray and Stain Guard, No-Burn Original Fire Retardant, Master Flame Fire Retardant, and ForceField FireGuard.

From the original formulas which were used in years past, today’s fire retardant sprays are more advanced and are more effective than they used to be. Some of them also prevent stains from forming on objects after having the spray applied, while they also resist the ultra-hot flames. And as you can see from the mini-list preceding, there are still products being manufactured which are effective in protecting articles of clothing and other things made of fabric.

What Does Fire Resistant Mean?

Objects which are flame resistant or fire resistant are made of materials that inherently combat the spread or promotion of flames.

Unlike flame retardant objects, which are merely coated with a material to halt or slow down fires, fire-resistant materials don’t need to be coated because they already have that kind of material built into their composition. When you’re purchasing fire-resistant clothing, you should pay close attention to the labels to find out just how resistant they are to fire.

Many fire-resistant fabrics are mixed with other fabrics so that the end result is a material that is less effective at deterring fire and flames. The label on any fire-resistant garments you buy will include a percentage that indicates the garment’s actual flame-resistant capability, e.g., 40%, 70%, 90%, etc. The good thing about fire-resistant clothing is that it will generally not be ignited just because it is in close proximity to a flame. It must actually be touched by the fire before it will spring into flames itself, so you do have a significant safety measure built into the clothing.

When a fire-resistant garment is actually exposed to flames, it may catch fire, but it probably will not stay lit for long; unless the intensity of the fire is extreme. Anyone who routinely works in an environment where flames are present would be well advised to be wearing fire-resistant clothing as the first line of defense against getting burned.

What’s the Primary Difference Between the Two?

The primary difference between flame retardant and flame resistant objects is that the latter’s materials already have their fire protection built into their composition when you buy them. Something which is flame retardant has no flame-deterring properties of its own and can only become a deterrent to flames after it has been thoroughly coated with a substance that contains those properties. So the capacity of any object to deter a fire and to slow its progress would rest in the quality of the spray or coating which is applied to a flame-retardant object.

Just the opposite is true for an object which is flame resistant. All its flame-deterring properties have already been built into it. So it requires no external spray or coating in order to resist fires and flames. Therefore, its ability to resist flames can be known with a fair amount of certainty and this will be included on the label of goods which have been manufactured to be flame resistant.

It should be easy to understand from all this that materials that are flame resistant are inherently more capable of deterring flames. Their flame-fighting capability goes right down to the fibers they were made from, rather than the external coating which was applied to them.

The bottom line on wearing flame resistant or flame retardant clothing is that both will provide you some level of protection in the event that you are suddenly exposed to flames. However, this should not give you any false sense of confidence. If either type of clothing were to be exposed to fire for a prolonged period, the chances are that it would go up in flames. There has been an ongoing discussion for many years about which is better, flame resistant clothing or flame retardant clothing.

Most experts will agree that flame-resistant clothing is the slightly safer of the two types of clothing because it has been constructed with some kind of resistant substance; it is not a mere coating which has been externally applied. Both types can be very effective in certain situations, but if you had to choose one or the other for general applications, the wiser choice would probably be a fire-resistant product. The chemicals included in sprays that are applied to fire-retardant objects can become toxic under certain conditions, and this is another reason why fire-resistant materials may be slightly safer and more effective.

The best solution, of course, is to avoid exposure to fires and flames altogether if possible. But when it’s a part of your everyday life, and you simply can’t avoid it on the job, you should definitely take the precaution of wearing either flame retardant or flame resistant clothing to protect yourself.

Remember to find out just how much protection any garment is providing for you though, because it can make all the difference between being severely burned and a good scare.