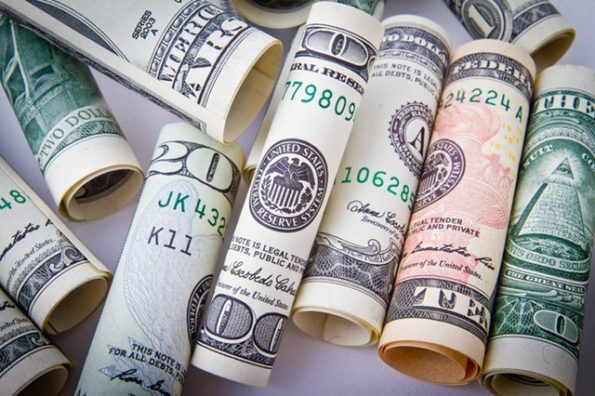 Tim Sykes is a well known and much respected individual in the world of financial trading, and in particular, the trading of penny stocks. He is a millionaire that is completely self made through his trading exploits and his education business.

Before looking at his education business and some of the materials that he produces, it is important to first get an idea of who Tim Sykes is. His rise to fame came about after he successfully made $2 million from $12,415 that he received as a gift whilst at Tulane University in New Orleans. This was achieved through the trading of penny stocks and is something that very few traders are ever able to achieve.

The strategy that Tim Sykes used was one where he shorted penny stocks. This saw him bet on the stocks going down. He had noticed a pattern in that any penny stocks that surged in value of a rate between one hundred percent and one thousand percent would, days or weeks later, return back to their original lower price.

This allowed him to expose those frauds, promotional schemes, and scams that were present in this market. It was these unscrupulous activities that were the reason for the stock prices being so inflated, and because of their nature (i.e. pump and dump) they were likely to come crashing back down. Being able to identify these enabled Tim Sykes to build up an account that was seven figures.

He quickly found out that within the penny stock market there is such a large proportion of scams going round that it is difficult to believe. So with his high level of honesty and transparency in this cloudy market, Tim Sykes is a breath of fresh air. All of his trades are fully verified on the trading website Profit.ly.

It was during the 1990s that he began his trading career and after graduating from university he set up his own hedge fund called Cilantro. This went on to be ranked as one of the top hedge funds in the country, before suffering from a large loss. Despite this it was still some percentage points higher. He eventually retired from running the hedge fund and went on to write a book that he called An American Hedge Fund: How I Made $2 Million as a Stock Operator & Created a Hedge Fund.

However, it was through the TV show Wall Street Warriors that Tim Sykes gained his most fame. The show explained how Tim Sykes made his millions and it proved to be a hit with many viewers.

This is where education business came to be formed. Off the back of the success of the TV show, he went on to create a series of educational DVDs and website subscriptions. Through these he is able to teach his students the successful trading strategy that he utilized in order to make all of his money.

A lot of the resources that Tim Sykes provides his students with are in the format of video lessons. This acts as a convenient and effective way for his students to learn, as they can be watched at any time and in any place. Their content is highly detailed and covers a whole range of subjects, providing his students with a comprehensive knowledge of all aspects of penny stock trading.

He also posts real time alerts on trades that he has made in order to provide transparency to his students so that may see exactly how his strategy works first hand. Tim Sykes offers various plans through his website of varying prices. You simply choose which one is best for you.

Further to this, his DVDs are fairly priced and have worked to help create many millionaire traders. As well as this, Tim Sykes provides his students with private chat rooms, exclusive webinars, plus much more.

As a result of his educational based business, Tim Sykes has several high profile students that have gone on to become a success and make millions themselves. However, all these cases have been down to the individual student putting in a large amount of dedication and effort into studying his work and learning how to trade successfully. One of the most well known is a gentleman called Tim Grittani. Some of these have even gone on to create their own similar websites and education businesses in the same style and format as that of Tim Sykes’.

Some of his students, along with Tim Sykes himself, have appeared on numerous different TV channels and magazine publications, including CNN Money and Fox. Tim Sykes has even been interviews by esteemed journalists / presenters such as the likes of Steve Harvey and Larry King.

Tim Sykes has a big involvement in several charities and even went on to create his own foundation, known as The Timothy Sykes Foundation. It is his hope that through the foundation he is able to open as many as one thousand schools in third world countries. Some of the revenue raised by sales of his extensive DVD collection goes towards funding both his own and other charities.

He promotes both his charity work and his trading and education business through his various social media channels, which include Instagram, Facebook, and Twitter. He also sells his luxurious lifestyle of fast cars and private jets, inspiring his students to work hard so that they too can achieve this. On Instagram alone Tim Sykes has 1.5 million followers, so he clearly has a large platform to promote his work.

It is clear to see that Timothy Sykes has been and continues to be a pioneer within the trading industry, and has paved the way for many other successful traders, many of who are his students. He is an honest and transparent trader that still maintains a high level of integrity in spite of his apparent wealth. The price of his products and services are reasonable and offers great source of information for anyone looking to get into trading.